A song of Unicorns and Dragons: A story about how Venture Capitalists measure their success

A song of Unicorns and Dragons: A story about how Venture Capitalists measure their success 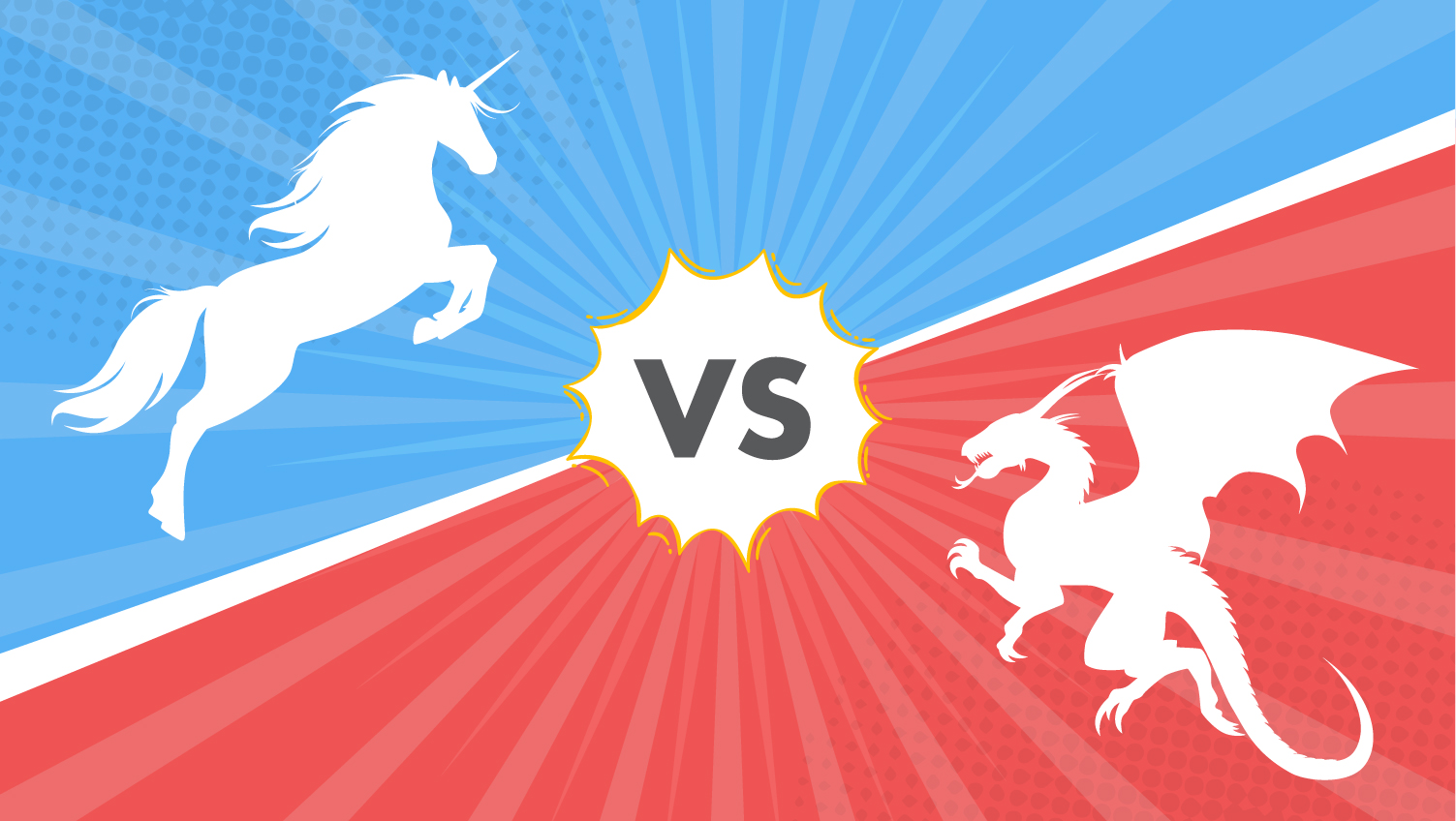 You always hear the stories about the startups that became Unicorns and the Venture Capitalists (VCs) who invested in them. Some of the most sought after VCs are those who have a Unicorn or more in their portfolio. But ultimately, a Unicorn is an unrealized return. No one made any money. Yet. A Dragon on the other hand. Is cash in hand.

Wamda’s Research Lab’s update on investment trends in MENA shows a striking 560% increase in 2016 versus the year before. A total of $815M invested in 32 startups in including the Careem and Souq rounds of $350M & $275M respectively. Not to mention the $650M Souq exit to Amazon. 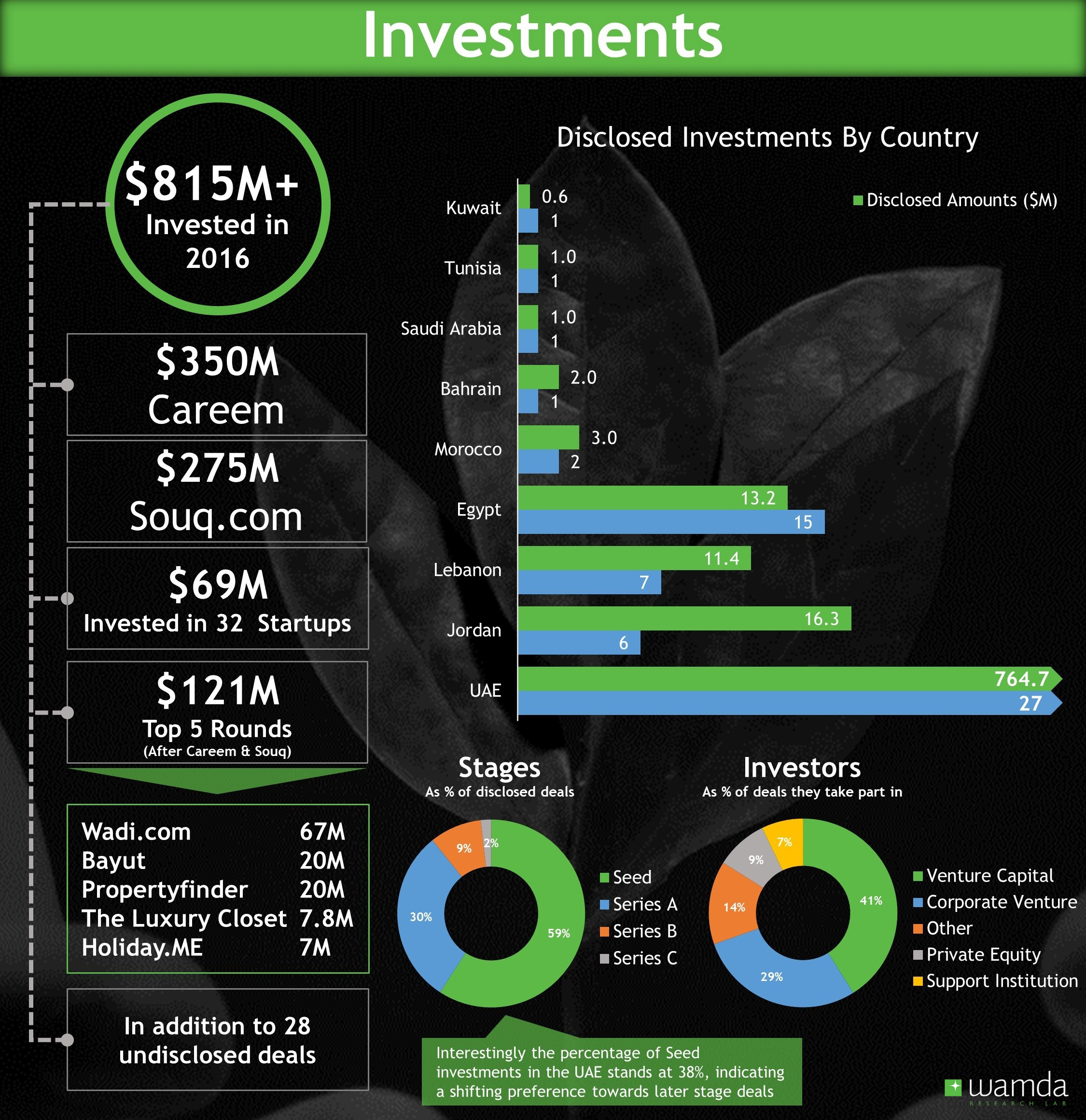 Many people in the industry would be thrilled to hear this news. A MENA startup, Careem, is now officially a Unicorn. And another startup, Souq was exited to a global player, Amazon. By any measure this is a great success for the founder entrepreneurs and the investors behind these two startups. But how else do you measure the success of a VC?

Just as with startups and their coveted Unicorn status, The Valley has now created a new mythical animal term for VCs to measure their own success.

What is a Unicorn?

Let’s define the first of those imaginary beasts. A Unicorn is a startup that has reached, as per its last financing round, a valuation, or realized an exit of +$1B.

Industry data shows that the VC with the largest number of Unicorn exits is Sequoia Capital with 19, followed by T. Rowe Price with 18 and then KPCB with 16. Some of these Unicorns include Whatsapp, Groupon, Twitter, SnapChat, tumblr and Facebook. There are hundreds of Unicorns in the United States. Outside the US however, there are only 91 Unicorns with the bulk being in China and only 1 in the Middle East; CAREEM.

Unicorns are not just about valuations

A Unicorn might be the ultimate goal for any entrepreneur or VC. But valuations aren’t everything. How long it took to hit that valuation and how much financing was raised to reach it, play a significant role on what kinds of returns the entrepreneur and the VC make when the exit happens, if at all.

As an entrepreneur or a VC, building a Unicorn is a success in its own right, but exiting a Unicorn without banking a serious amount of cash makes things a little awkward. The faster the entrepreneur and their VC are able to help the company become a Unicorn and the less additional funds they raise, the more money they make at exit. This equation too, is a measure of success.

Some of the fastest startups to reach the $1B+ exit from first financing are airwatch 364 days, Instagram 914 days, Oculus 570 days and WhatsApp in 1048 days. 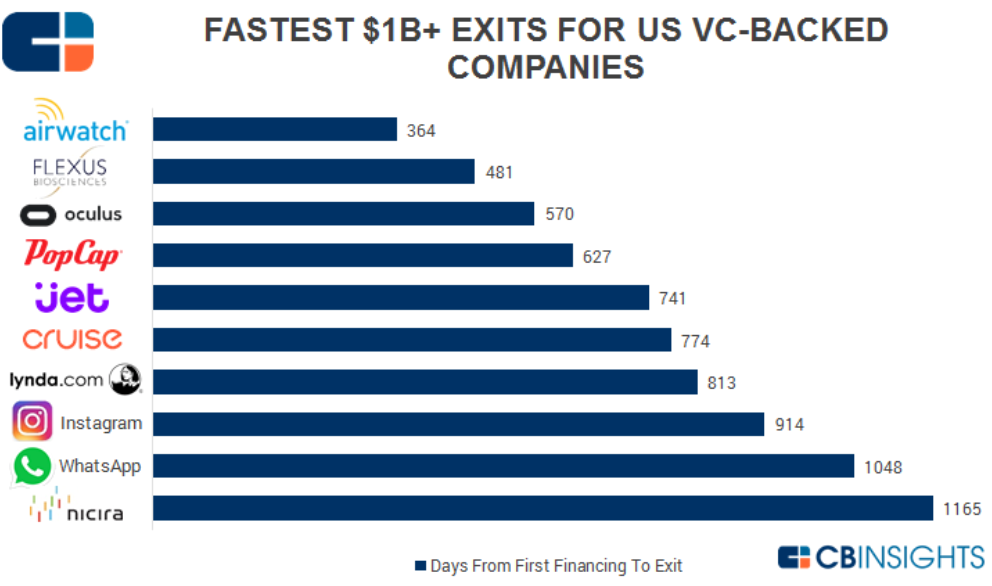 For a startup to become a Unicorn quickly, this means the company didn’t raise funds over many rounds and the founder entrepreneur and their investors didn’t dilute over a number of different rounds, before making their money.

In cases where a company had to raise over multiple rounds, the founders and possibly even some early stage investors or VCs might find themselves shortchanged. At every round, or almost every round, most investors will require liquidation preferences or rights and if at each round an investor requires a 1-2x liquidation right. After 4 or 5 rounds there won’t be that much cash left from the exit for the entrepreneur and their early believers. 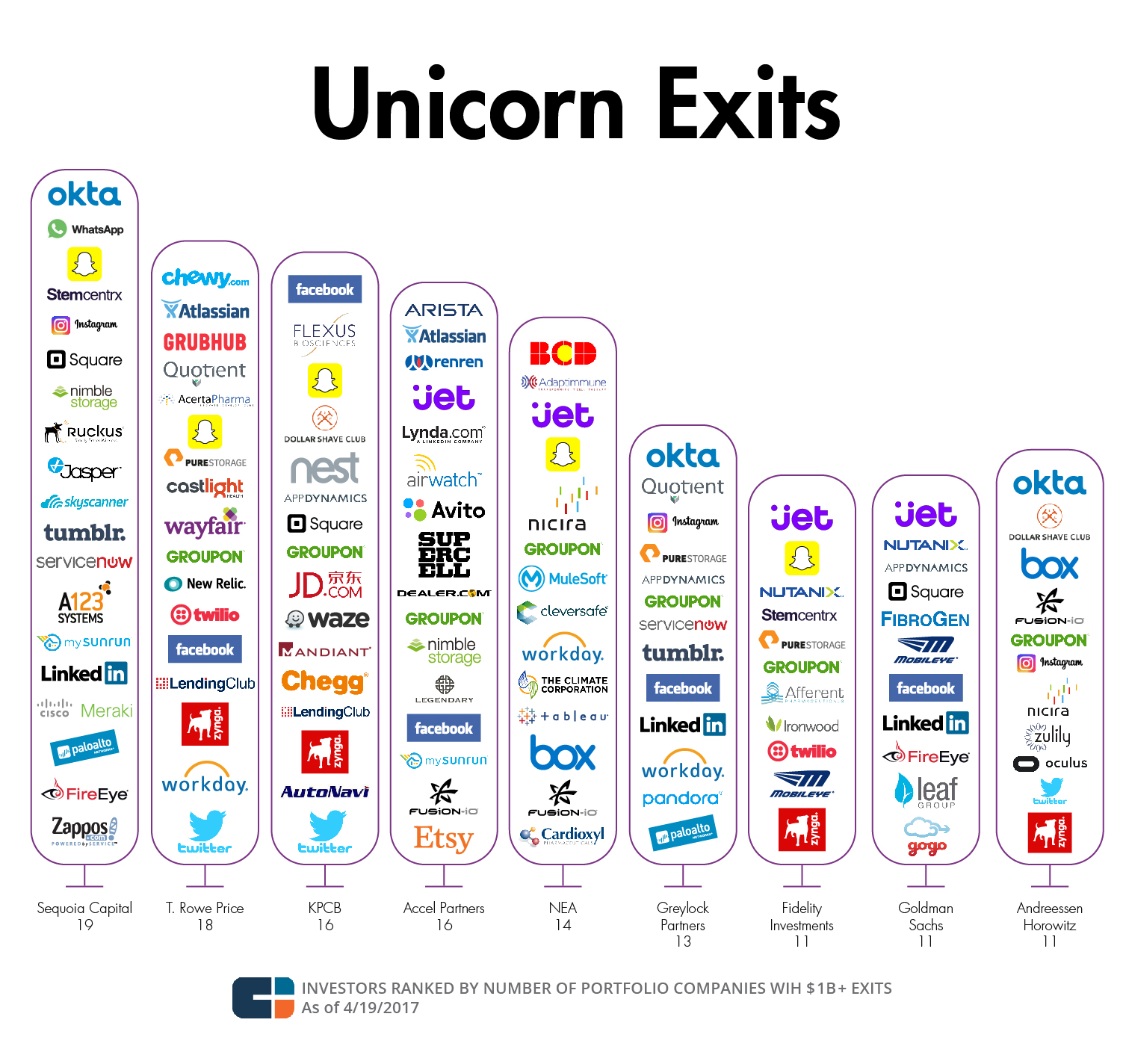 So becoming a Unicorn is not the only thing that matters. How quickly and with how much funding this was achieved matters too. Because this game is ultimately about returns.

What is a Dragon?

Yes, a Unicorn is great, but ultimately it’s about valuations. Not realized returns, a key measure of a VC’s performance. As VCs, we didn’t have a mythical creature to brag about, so the Valley has created one for us, one that breathes fire (Spoiler alert: Or Ice); Dragons. When you first read that, it feels like something out of Game of Thrones, it gives the image of an aggressive killer beast.

Any VC on the planet, would be exalted if they end up with a Unicorn as part of their portfolio. Make no mistake about it, it’s a great success story. However, when it comes to raising additional funds and making bank, so to speak; VCs refer to their Dragon track record as the real measure of success.

A Dragon refers to when a VC covers the whole fund with one exit, or in other words pays back their LPs (Limited partners) from the sale proceeds of only one Portfolio Company. For example, if a VC is managing a fund of $30M, and from 20 investments made, one company was exited for $30M+ than this VC has reached Dragon status.

An important distinction between Unicorns and Dragons though is: A Unicorn is still not liquid. It is not YET a realized return. Unicorns are somehow more imaginary than Dragons in the sense that they haven’t yet had a liquidity event so they are nice to have but haven’t make anyone rich yet. Dragons on the other hand are only achieved if real money on money return is made.

The relationship between returns and Dragons

By its very nature, a VC invests in many startups, depending on the fund size. That’s because the chances of any one company within our portfolio to exit successfully will vary from 20 to 30 percent. A success rate that low means a VC must expect a very aggressive return on their investments. VCs focusing on seed stage investments for example would expect at least 10x more than those investing in series B or C. After all, they take the highest risk in the cycle.

For example, if a VC exits or plans to exit a company in year 3 and is looking to make a 5x return, this means that their IRR (Internal rate of return) will be 71%. In other words, to make a reasonable IRR in the 3rd year, the VC will require to at sell for a minimum multiple of 3x, the higher, the better (calculations are based on $ and interest on $, see more in the below chart). Of course the faster the exit and the higher the return multiple, the higher the IRR.

These calculations are important to VCs making an investment decision because they help them understand if this is an investment worth making. And understanding what kind of return you should be looking to make as a VC is crucial to understanding how you can get to be a Dragon. Industry standards for a Seed investment for example will be an annual return of around 75 to 100% with a 5 to 8 year time to liquidity. Both the return and the time to liquidity decline the later the investment is made. Using the above chart to estimate the seed investors multiple, if we target a 5 years exit and want to achieve a decent IRR, then we shouldn't be looking for an exit lower than the 10x multiple, because at a 5x in 5years, the IRR achieved will only be 38%.

Making this kind of return is not easy. This means that VCs need to support their startups as much as they can, help them grow their business to reach the best value over time.  And the early on the VC comes in the more time and effort they will personally invest in the startups. In the end it’s all about value and understanding what Value means: it means your future cash divided by your risk. Your risk can be your money time value, opportunity cost, market, technology, etc… In short VALUE = MONEY = CASH.

It’s ok if you don’t get an Emmy

Unicorns and Dragons are the ultimate benchmark of success, but not landing one or the other doesn’t mean you failed either. A VC’s success is ultimately measured by the return they will realize for their LPs over the life of the fund, be it from 1 company or 10. As a VC it’s important to remember that it’s not just about one company making the returns, it’s about the whole portfolio of companies making the maximum return for the fund’s investors or LPs.  It’s all about money on money return for a VC.

At the end whether you look for Dragons, Unicorns, Camels, horses or dogs, for both entrepreneurs and VCs it’s all about enjoying the journey, producing a service or a product that will bring value to our communities, make our lives simpler and more fun.